Ronaldo Tello, president of the Hispanic American Association of Delaware, says, “We underestimate immigrants because we think they come with a low level of education, but then we realize they can do so much. We need to take account for that asset, too. How smart they are and how much they can bring.” SAGE KELLEY PHOTOS

A new study shows that over the past 30 years, Sussex County’s Latino population has grown more than 1,200 percent. According to a 2017 census estimate, nearly 20,000 Latinos live in Sussex County, contributing more than $50 million in tax revenue annually. Their contributions are critical to the growth of the county, yet this community still faces challenges including language barriers, immigration status and inexperience with governmental support systems, the study shows.

On Oct. 7, Delaware Community Foundation presented its new study, Perspectives on the Latino Population in Sussex County. The report, led by April Veness of the University of Delaware and Jennifer Fuqua, executive director of La Esperanza, describes the contributions of the Latino community and their level of satisfaction with their living situations.

The study aims to provide community leaders and nonprofit organizations with the necessary information to assist and engage the Latino community.

Stuart Comstock-Gay, president and CEO of the foundation, said, “This study is of assets Latino immigrants offer to Delaware. They are enriching our culture, running small businesses, paying taxes, going to church, buying houses and otherwise pursuing the American dream.” 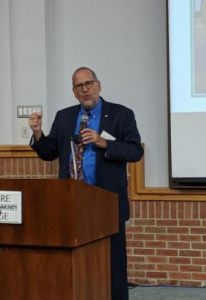 Understanding the national origin, immigration status, socio-economic position and ability to integrate in the larger community are keys to assisting the Latino community in Sussex, the study found.

Fuqua said, “In an aging county, the Latino families are bringing a youthful population to the county…. That’s where the next generation is coming from.”

Fuqua pointed out, “These are the people that are going to be contributing to the life in Sussex, and that’s a big deal. If there was no youthful population, then a lot of the industry would die.” 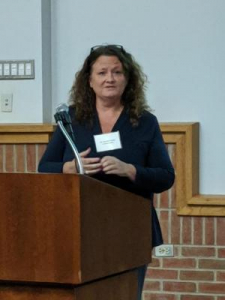 While there are various Latino leaders in public-domain nonprofits, churches, and sports leagues, study participants agree that there is not enough Latino leadership in government and schools.

The report points out the importance of the Latino community in Sussex, outlining the community’s wants, needs, and contributions as its members strive for a better future. To continue prospering as a county, the report finds, it’s important to solidify the standing of people who make up a significant part of the community. 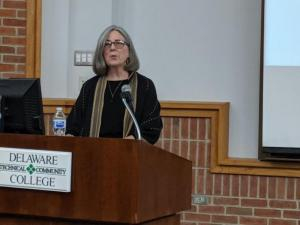 April Veness of University of Delaware led the study.

Christine Cannon, executive director of the Arsht-Cannon Fund at the DCF, said, “Now is the time to really understand our Latino community. Their characteristics, the situations they find themselves in, and the many contributions they provide to our state. It’s time to really maximize investments of time, expertise, resources, and funding.”

To view the study and learn more about the DCF, go to delcf.org/sussex-latinos.

We use cookies to ensure that we give you the best experience on our website. If you continue to use this site we will assume that you are happy with it.OkPrivacy policy