But addressing the needs of this population and challenges it faces has proven difficult.

Contributor Larry Nagengast reports that could be changing.

Historically, she notes, the agency has been in close touch with that Latino community – which accounts for 9.2 percent of the county’s estimated 225,000 residents. “Maybe it’s because they trust us more, but we don’t necessarily see or feel all the fear that exists.”

“Sussex is a close-minded county, not a progressive county,” says Kim Taylor, an administrator in the Indian River School District. “People who have been here for years [don’t recognize] the hard work the Latino population does to help create economic growth in our county.”

In this environment, Latinos, especially immigrants, face daily challenges – and they haven’t changed much since 2008, when former Gov. Ruth Ann Minner commissioned a statewide Hispanic needs assessment underwritten by the Arsht-Cannon Fund, which has since become the primary philanthropic backer of programs serving Latino immigrants in the state.

The needs identified then – which still persist now – include family literacy; child care and safety; access to transportation, especially in rural areas; bilingual support and access to information presented in a way that can be understood by immigrants with limited English-language skills.

For the past decade, those needs have been met by a patchwork of agencies. Some, like La Esperanza, work primarily with the Latino population. Many others, primarily English-speaking, have received grants from Arsht-Cannon to broaden their reach into the Latino community.

This year, a major change is on the horizon.

It’s called La Colectiva, a collaborative effort funded primarily by Arsht-Cannon that already involves more than 60 organizations. It started in December 2017, with a much smaller group, at a meeting convened by leaders of La Esperanza and Christine Cannon, Arsht-Cannon’s executive director.

When Taylor started showing up at the meetings early last year, she was skeptical. But the dedication and the optimism of the participants won her over. “We saw how some of the dreams we had could come true,” she says. 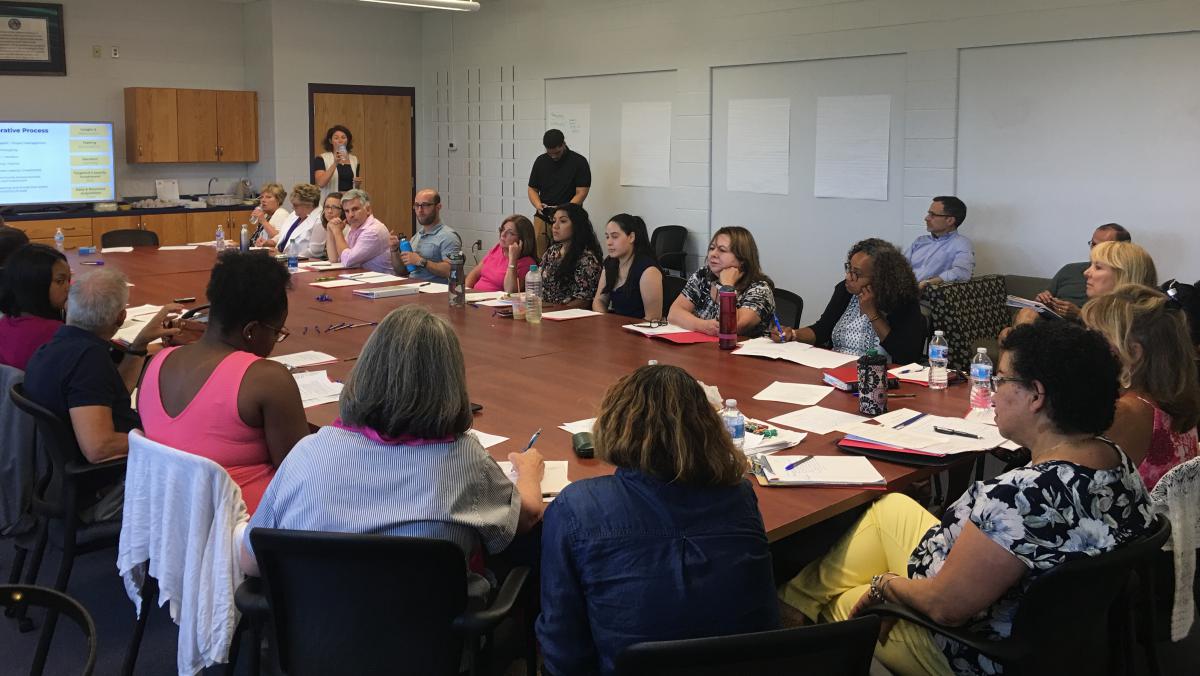 About 2 dozen La Conectiva stakeholders gathered at Sussex Academy of the Arts for a meeting.
CREDIT RYAN BERRY / LA COLECTIVA

The first of those dreams is slated to roll out in late February – a pilot service navigation system designed to help immigrants make a single stop to learn how to access multiple social services.

“Immigration, domestic violence, substance abuse prevention, support services, translation and interpretation, how to fill out a money order, these are things a lot of people take for granted,” Schulz says.

Another – one that is close to Taylor’s heart – is likely to start in the fall: an after-school program for Latino students at Georgetown Middle School. “Last year we found we had 350 students who would walk home from school every day and had nowhere to go. They would hang out, get into fights. It was not a positive, safe thing,” she says.

The after-school program would be modeled on a summer program called Tyler’s Camp, which is part of the Summer Learning Collaborative, an innovative program created by Catherine Lindroth to help counter the effect of summer learning loss on low-income students.

Also in the planning stage, Taylor says, is something called “Give Me Five,” a program focusing on five themes – housing and employment; health services; higher education and skill training; transportation and legal aid, particularly on immigration issues – that are critical to the success of Latino youth as they graduate from high school.  The program would give students tips in each of those areas and wouold include a visual resource guide with information on who to contact for more assistance.

The pieces of La Colectiva came together in a uniquely Delaware way. 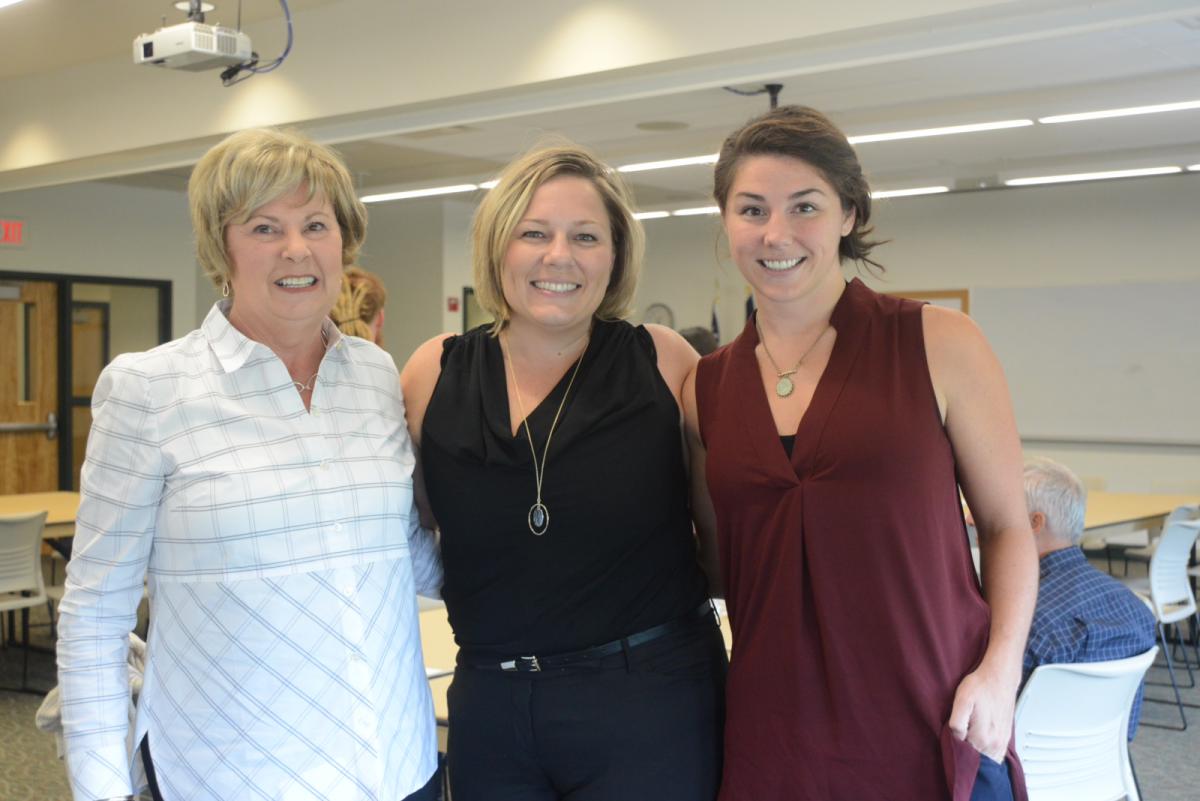 Early in 2017, Cannon asked Lindroth to bring a Tyler’s Camp program to Sussex, and to work with La Esperanza to recruit 50 Latino students to participate. “We failed,” Lindroth admitted. “We thought we’d just open it up and get 50 [Latino] kids. We got 25.”

But Cannon recognized Lindroth’s ability to make partners out of agencies that often had competing interests or competed to serve the same client base, and invited her to participate in that December 2017 meeting with La Esperanza and a group of potential partners, including La Red Health Center, Sussex County Health Coalition, Delaware Breast Cancer Coalition, Delaware Family Voices, Autism Delaware, Boys & Girls Clubs of Sussex County. Afterwards, Lindroth laid out for Cannon her preliminary vision of how the organizations might collaborate.

Lindroth relies on a system called “design thinking,” which works much like engineers developing a project. It’s filled with brainstorming, reviewing ideas, prototyping and trying again and again until it works just right – and it can be difficult for those who haven’t tried it before.

Cannon “hired this young woman [Lindroth]. Some would see it as a risk,” says Patricia Rivera, board chairman at La Esperanza. “There was a bit of resistance, but it’s all starting to come together.”

One of the keys to making it work is Sara Moore, now starting her second year as La Colectiva’s program manager. She spent the first half of last year interviewing Latinos of all ages throughout the county. “First we brought community voices to the table. Then we spent six months brainstorming possible solutions. Now we’re in phase three, testing our assumptions,” she says.

For the service navigation system, it was important to determine the best way to reach the immigrants who would have the greatest need for the services, Moore says. They tested putting out flyers, but got little response. Then, La Colectiva set up a table in the La Red parking lot in Georgetown on a day the Delaware Breast Cancer Coalition van was doing screenings there. Nine women went into the van for screenings and were told about La Colectiva; eight of them then visited the La Colectiva table to learn more about services that might be helpful to them.

That experience, Moore says, suggests that the navigation system will be most effective if counselors are placed within the offices of organizations trusted by the Latino community, so that’s the approach that will be used at the start.

“We’ll launch it on a small scale, refine our thinking, and then build it up,” she says. “We hope to serve 300 people directly by the end of the year.”

“This is a rural area, and there are a lot of agencies trying to communicate, but we need better avenues to communicate with each other,” says Schulz, the La Esperanza program director.

Vanessa Rodriguez, program coordinator for Delaware Family Voices, a nonprofit that serves the families of children with special needs, believes the navigation system will help her program serve more Latino families. Communications challenges for people who aren’t fluent in English keep families from learning what services are available and how to access them, she says.

Right now, Lindroth says, La Colectiva is still focusing on “getting community priorities aligned on our strategy,” and not on “stacking up numbers in the win column.”

Put another way, she says, “we’re looking for set plays on the soccer field, so people can learn how to score.”

By the end of the year, she expects to see “robust partnerships emerging” among agencies that serve the Hispanic population.

“We’re helping to make things better,” says Taylor, the Indian River administrator. “This would not have happened 10 years ago.”

We use cookies to ensure that we give you the best experience on our website. If you continue to use this site we will assume that you are happy with it.OkPrivacy policy